Recently I came across some articles about a man who was talking to people online and telling him he was from the future. While it seemed pretty apparent that the man was just pretending, he did present some interesting theories.


One of the ideas he talked about was the idea that aliens, as we see and recognize them today, may not actually be visiting from another planet or universe, but instead might be a highly evolved human, travelling back from the future.


In some ways this makes sense. Our culture has been favoring things like large eyes, smooth skin and slender bodies. Most recent depictions of aliens all have these traits, only taken to extreme measures.


If this theory was true, it would raise some interesting questions, like why wouldn’t the visitors try to communicate with us, or warn us of certain events? Perhaps there could be repercussions for interacting in a current timeline, but why would they allow themselves to been seen? Are the people claiming to see extraterrestrials accidently catching glimpses of time travelers?

While we will probably never know what people are seeing, but it raises a lot of interesting questions. Do you think aliens are real? If so, where do you think they come from?
Posted by Alyson Burdette at Wednesday, June 11, 2014 1 comment:

The 5 Best places to see a Ghost


If you are trying to catch a glimpse of a spirit, here’s a list of some places you might be able to catch one!


I’ve been hearing a bit of stir lately about investigator’s using something called a Devil’s Box during investigations. This is a simple box made of mirrors that is set out on an investigation with the hope that it will lure a spirit. Once the ghost goes into the box to take a closer look, the spirit is supposedly trapped inside the box. The people using the box can then question the spirit or remove it from the premises.


Personally, I’m pretty doubtful of any of this. Anyone with experience with ghosts knows that they are usually pretty intelligent. They would know better than to get themselves stuck in a simple box. Even if one did decide to investigate, they would certainly be able to figure out how to exit the same way they entered. Spirits are also frequently observed moving through walls. I don’t see why a simple mirror would prevent them from using this ability.


While it would be amazing if a ghost hunter did figure out a way to pin down a ghost, I doubt it’s something that we will ever really understand, unless some serious, thorough scientific studies are done on ghosts. If we don’t understand what they are, we certainly can’t understand how to capture them.

What do you think? Do you think ghosts can be captured? Would you use a Devil’s Box?
Posted by Alyson Burdette at Wednesday, May 14, 2014 No comments:


Lately, a satellite image taken at Loch Ness has lots of people saying it may be a photo of Nessie. If you haven't seen the image, you can see it here. I'm personally not convinced the image is of anything other than a large fish or possibly a boat. There's a comparison of the photo with a boat image here. I've always loved the idea of cryptids and Nessie is one of my favorites, but she is also one of the ones I'm pretty convinced doesn't physically exist. I just haven't seen enough evidence to prove otherwise. I would love to be proved wrong though.

I'm curious if everyone else thinks Nessie could be out there swimming around. What do you think? Is she a real creature?
Posted by Alyson Burdette at Wednesday, April 30, 2014 No comments:


Most ghost hunters take a variety of equipment out with them on a hunt. It can range from anything from a flashlight and basic camera to expensive video and audio equipment. Every item has a different purpose and can add value to an investigation. Here are a few of the gadgets being used by ghost hunters today.

-Digital recorder-this simple device allows investigators to take sound recordings that can be played back later. Occasionally they will capture a voice or sound that wasn’t heard at the time of recording.

-EMF detector- This device measure how much EMF (electromagnetic frequency) is present in a particular location. There are all kinds of theories about how high EMF’s may increased paranormal activity. People also believe that EMF’s can have physical effects on people that may be confused for things that are paranormal.


-Laser grid-This device is like one of those little laser pointers except is projects a wall of laser dots against a surface. This can make it easier to see movement or shadows in certain spaces.


-Ghost box-this device scans radio waves at a rapid frequency with the possibility that a spirit may be able to manipulate the box in order to speak.


-Full spectrum cameras- These cameras have been adapted to photograph using all the light in a room-not just visible light, with the hopes they can capture a wider range of shadows and possibly spirits.
Posted by Alyson Burdette at Thursday, April 17, 2014 No comments:

In the paranormal world, EVP’s, the mysterious voices captured on various recording devices, are a huge deal. Investigators spend hundreds of hours collecting, reviewing and studying sound recordings in the hopes of hearing voices that may give them some indication that there may be a paranormal presence somewhere.


EVP’s are also one of the easiest bits of paranormal activity to capture. A simple digital recorder and some free time is all it takes to be able to try and capture these voices.


Over the years, I’ve heard hundreds of EVP’s with groups I’ve worked with and through other groups. Some are small, hard to understand noises. Others are clear, loud, and easily defined sentences.


Everyone assumes these voices are from people who have passed away, but there are other possibilities as well. They could be noises carried over from nearby buildings or rooms, something being carried over radio frequencies, or even some phenomenon we haven’t discovered yet.


But I’ve also heard a few that were so clear and pointed straight to a specific deceased person. I’ve heard enough of these that I have little doubt that at least some EVP’s are really being caused by spirits.


Have you ever heard an EVP? Do you think they are caused by ghosts or something else altogether?
Posted by Alyson Burdette at Tuesday, April 08, 2014 No comments:

Over the years I’ve had the good fortune of meeting and working with a lot of different ghost hunters. One thing I’ve figured out is that ghost hunting groups are as different and varied as the people in them. Here are a few of the types of groups I’ve encountered. I don’t think one is better than the others-they just all have different perspectives on what ghost hunting is.

-The Scientists- These groups approach ghost hunting as a serious science. They will implement any equipment, gadgets or theories they find in a quest to prove (or disprove) the existence of ghosts.

-The Spiritualists- The people in these groups focus more on the religious and spiritual acts of ghost hunting. They often use psychics, perform house blessings and might even bring in a priest or two if things get too heavy.

-The Thrill Seekers- Some people go on a ghost hunt with one thing in mind-having a good time. Most of them are just curious people looking for a quick scare.

-The Fame Seekers- A few people get into ghost hunting simply because they see it as an easy way to get a little attention. A handful of people have become successful radio or TV personalities after getting involved in the paranormal and others often try to copy their success.

It’s important if you are looking for a group to work with that you find one that meets your personal needs and works with your ideas and view points of the paranormal.
Posted by Alyson Burdette at Wednesday, March 26, 2014 No comments:

Is the Loch Ness Monster real?

A blog about all things paranormal.

Alyson Burdette
is one of the co-founders of North Ohio Paranormal and has been investigating sites all over Ohio for the last three years. She has a bachelors degree in anthropology from The University of Akron and is interested in anything paranormal. Her paranormal romance novel, Nightfire, is coming from Musa publishing this spring.

My E-book is available now!

Do you beleive angels and demons are real? 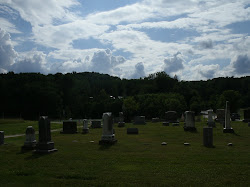 E-mail me with questions or comments at paranormalpursuits@yahoo.com 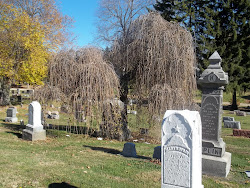 You can visit the official site at
Northohioparanormal.com